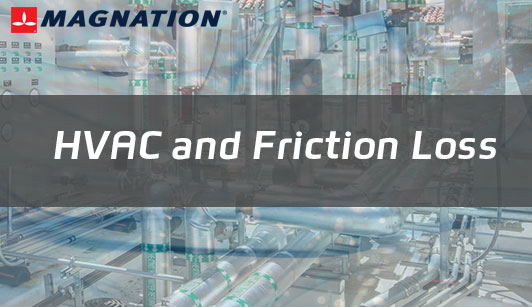 HVACR systems depend on water quality. Air conditioning systems often function by using water for open recirculating cooling. Absorption refrigeration may utilize high-temperature water as an energy source or as a refrigerant. Industrial cooling towers remove heat by spraying water down through the tower to exchange heat and then pump water back into a plant or building for reuse. The operation of boiler systems depends on distributing the heat from hot water as the water passes through radiators or piping systems.

Frictional force opposes motion. The resistance that occurs through friction results in drag, causes parts to overheat, and increases wear on surfaces.  Wear-related failures consume energy because of the need to replace parts and equipment.

Every liquid has viscosity—or the resistance to flow. In turn, flow behavior depends on the molecular weight of the liquid and the distribution of the molecular weight. The measurement of viscosity defines the internal friction of a moving liquid. All types of fluids flow easier if the internal resistance to flow—or viscosity—remains low. Even though water has lower viscosity and produces less fluid friction than thicker liquids, water moving at higher speeds or at higher temperatures introduces friction and resistance.

Water also has a very high surface tension or the force that resists breaking the surface of a liquid.*(1) The bonding of two positively charged hydrogen atoms in one molecule to one negatively charged oxygen atom in another molecule creates tension as the molecules contract to the smallest surface area and resist breaking. Any increase in cohesion leads to a proportional increase in surface tension and decreased flow.

Fluid friction can occur when fluids push against solid objects or within fluid-fluid motion. The weight of one fluid against another generates force between the two fluids and holds back the motion. Friction can also occur between the layers in a fluid.

The term “laminar flow” describes how flowing water breaks down into a series of concentric layers that move at different speeds. Water flowing within a pipe has the greatest velocity in its innermost layer. As the layers move farther from the center layer, each has a progressively slower velocity. The outer layer contacts the pipe surface and has no velocity. Friction increases between each layer throughout the stream of water and a portion of the kinetic energy found within the flowing water dissipates into heat energy.

Water moving at higher speeds causes instability within laminar flow.  Increasing the speed causes the transition from laminar flow to a combination of laminar and turbulent flow and finally to turbulent flow. Rather than velocity occurring in the direction of flow, velocity develops in different directions.

Using a pumping design in a water chiller system as an example, the height of the liquid—or head—produces pressure at the bottom of the pump.  Applying more force increases the pressure but also requires more energy. Any loss of pressure causes a pumping system to work harder as it attempts to maintain the liquid level in a pump or tank. The ability of the pump to produce pressure depends on the flow rate.

As water flows through a pump, the pumping action increases fluid velocity and mixes the laminar flow layers into vortexes and eddies that define turbulent flow. Water moving at higher speeds causes instability within laminar flow.  Increasing the speed causes the transition from laminar flow to a combination of laminar and turbulent flow and finally to turbulent flow. Rather than velocity occurring in the direction of flow, velocity develops in different directions.

Research has demonstrated that water conducts electromagnetic waves and that water passing through a magnetic field forms larger numbers of hydrogen bonds.*(3) As more hydrogen bonds form, the physical composition of water changes. Calcium and magnesium ions combine with other ions to pull towards the bulk of water and develop greater surface tension. Water flowing through an electromagnetic field begins the process of exchanging calcium and magnesium ions for sodium ions that a lesser pull. The exchange of ions lessens the hardness and surface tension of water.

Reducing surface tension allows water to form a thin, low-friction layer on a surface. The low friction between the surfaces reduces energy consumption through less heat loss and wear on components.

For more information about Magnation’s products, call 888-820-0363 to speak with a water consultant. 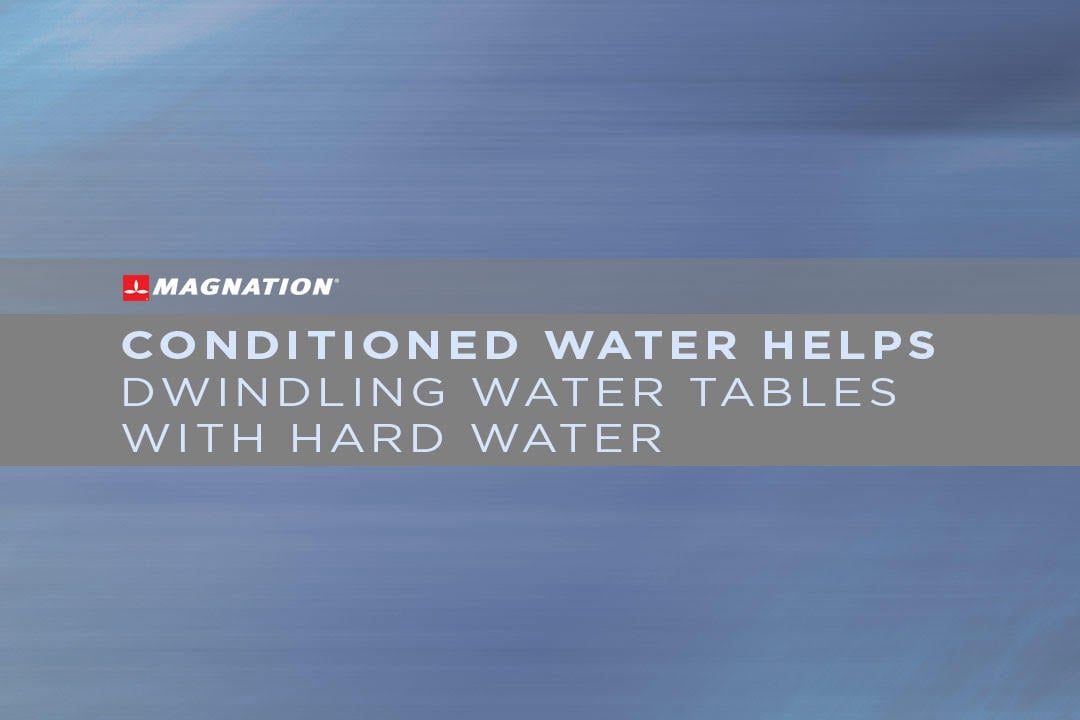